Festool - Behind the Name

Do you know where the name ‘Festool’ comes from?

While it may be hard to believe, it is likely just coincidence that the name rhymes with ‘best tool’ in English. We’re ok with it, though.

Many people wonder why it’s called ‘Festool’. Quite simply, it comes from a combination of two different names; the last names of original founders Gottlieb Stoll and Albert Fezer, who in 1925 created a company under the name ‘Fezer & Stoll’.

Since then, the name has been updated a couple of times. First in 1933 when it was shortened to ‘Festo’, and then much more recently in 2000 when it evolved to ‘Festool’ following the creation of a new, independent power tool division.

Fun fact: Even today, the German company is still privately owned by the family of original co-founder Gottlieb Stoll. And in case you were wondering, FESTO still exists too, but now operates focusing on pneumatic automation.

So, there you go, you now know the origin story behind the name ‘Festool’.

If you’re interested, you can learn more about the company’s history by visiting the international Festool website. Which is the best 150mm sander? 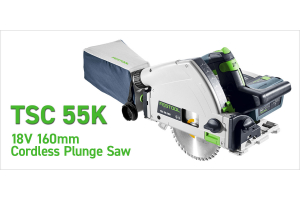