The store will not work correctly in the case when cookies are disabled.

Saw Stop - Safety for your fingertips

Not only are Festool's SawStop equipped table saws superb at cutting, they can also save your fingers!

Think about some of the things you have done today. Buttoned your shirt. Wrote a letter. Typed on your computer. Played a musical instrument.

Now imagine how difficult some of those simple tasks could be if you were to lose a finger or severely damaged a hand using a power saw. This happens to both professionals and novices all too often in garages and shops all over the world.

One momentary lapse of concentration, a slip of the hand, rushing through an urgent job. It only takes a split second for a lifetime of inconvenience, or worse.

The Festool TKS 80 table saw comes with the incredible SawStop technology built in to save you from just this situation in the event of your finger or hand or any other body part inadvertently coming into contact with the high-speed saw blade.

What is SawStop? The developer of SawStop, Dr. Steve Gass, came up with the idea behind SawStop. Steve had personally known of many other woodworkers who had suffered injuries on table saws, he was therefore acutely aware of table saw hazards and the impacts a misadventure with one can have.

SawStop has over 6,000 reported finger saves to date.

Steve Gass had been a hobbyist woodworker since childhood and knew his way around a saw bench but after seeing the trauma from fellow woodworkers who had suffered trauma began to wonder if a saw blade could be stopped fast enough to prevent serious injury after contacting any part of the body. Shortly after, the first prototype was developed and has gone on to successful production and more importantly, has saved thousands of fingers and hands across the world!

The technology began being implemented into Table Saws back in 2004 but it wasn't until much later that Festool bought the technology and now proudly boasts a range of SawStop enabled table saws not only equipped with the technology that so far has had over 6000 recorded finger saves, but are also built with the legendary Festool quality and backed with enviable Festool service.

It is estimated that in the United States, over 65,000 people* are involved with table saw accidents each year. The impact on the victim is substantial and in some ways immeasurable. The personal cost is hogh and the cost to business can be more than $130(USD). These figures are shocking but do not take into account the pain of the accident, surgeries and therapy.

With so much at stake, it makes sense to take all possible steps to protect yourself, your employess and the imapct on workmates and family. So rather than taking a chance on safety, if you ever are unfortunate enough have that lapse in concentration or the slip of the hand, and the SawStop function is activated on your saw, resetting the machine is quick and easy. Replacement of the mechanism can take as little as 5 minutes which is clearly, a lot shorter than a trip to the hospital!

Just a small nick on my thumb and not a more serious injury. I couldn't be happier.

Resetting the saw yourself is easy. Simply replace the blade and affordable brake cartridge and your saw is operational. The entire reset process takes less than five minutes.

Some stacked material fell over and pushed my hand into the blade. SawStop saved my finger and allowed me to avoid a costly trip to the hospital.

As soon as the saw went through my glove and made contact with my finger, it shut off immediately.

An absolutely remarkable piece of equipment. This technology is revolutionary.

See the innovative SawStop technology in action in the video below. 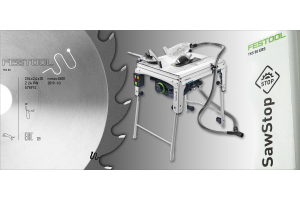 Saw Stop - Safety for your fingertips 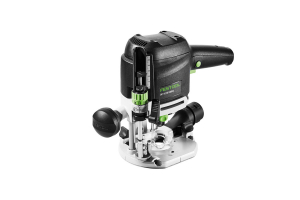 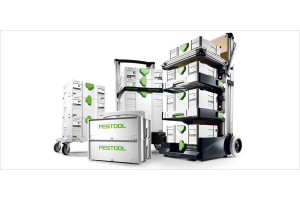 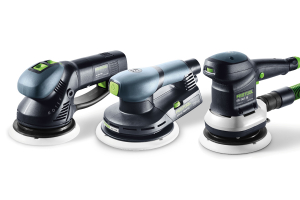